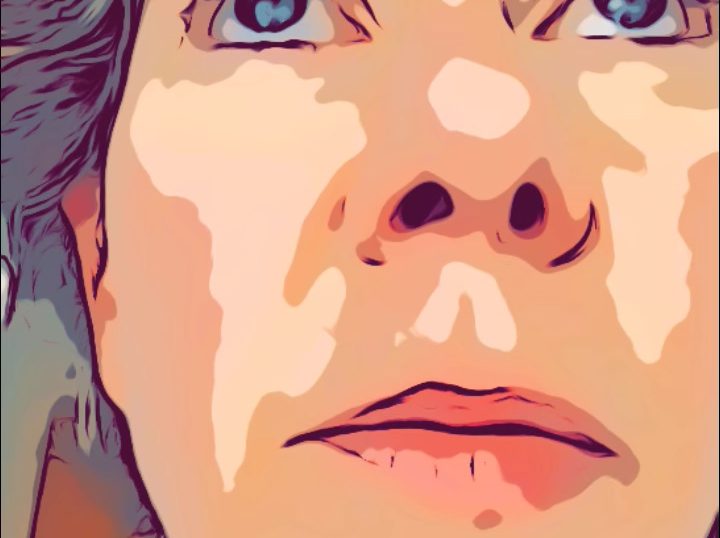 In 2020–2021 I am in my final year of PhD candidacy at Sydney Conservatorium of Music, The University of Sydney.

In 2019–2020 I was invited to contribute my research and experience as an Opera Architect firstly at a conference and then into a new book. I am thrilled to have had my chapter Collaborative Creation across Borders and Art Forms: A Director’s Perspective on Opera and Internationalization published in Theatre and Internationalization Perspectives from Australia, Germany, and Beyond.

In 2019 I experienced first-hand the detrimental effects of entrenched gender bias and lack of diversity in the operatic field — consultation led to the publication of my two papers calling for systemic change in operatic practice and an overhaul of the Australian opera industry: Opera and the doing of women an ArtsHub urgent call-to-action co-written with Liza Lim, Peggy Polias and Bree van Reyk and co-signed by over 200+ local, national and international supporters; and my in-depth Limelight article Shifting the Opera Gaze. Both papers have been widely cited, translated and republished. These papers led a groundswell of support and industry consultation resulting in the inaugural national Gender Equity and Diversity in Opera Summit facilitated by the Australia Council for the Arts, Australian Music Centre and APRA AMCOS. Alongside a team of powerful women, I spearheaded this strategic collaborative action against entrenched gender bias and systemic industry failings, in order to promote best practice, lead and encourage debate, raise public concern via external media attention, and kickstart institutional change. The media surrounding the call-to-action for which I spoke, wrote and recommended further speakers, reengaged the public in the essential contemporary discourse on diversity in all its forms, gender representation, violence against women and gender equity in opera.

In 2018 I joined the Board of Directors for Arts North West. ArtsNW facilitates the development of arts and cultural projects and initiatives across the New England North West region of Australia, building a rich cultural landscape and increasing participation in arts and cultural activities. We play a vital role in building cultural community capacity, through advice and advocacy, through professional development provision and with the forging of key partnerships and networks throughout the region. Our core business provides immediate and quality advice, information and professional support to artists and organisations.

In 2017-2018 I was part of the Australia Council Arts Leadership cohort.

In 2017–2020 I was a Doctor of Musical Arts candidate (DMA) at the Sydney Conservatorium of Music, for which I was the honoured recipient of the George Henderson Scholarship of Merit. My post-graduate research examined the role of opera in contemporary Australia, and its resonances with Australian culture and national identity. This exploration looked at the Australian relationship to place, storytelling, music and performance, and the cultural integration of opera into the urban/counter-urban landscape. My early DMA academic practice-based research performance outcomes #voxpopera (2017) and Creative Work Project #2 is supported by my national and international Symposia presentations.

My professional work as an Opera Architect (2016-2018) included the world premiere of large-scale hybrid dance/opera reinterpretation of Gounod’s opera Faust in Project Faust for Kentucky Opera and Louisville Ballet in Kentucky USA. This ground-breaking co-production transformed Gounod’s opera into a 70 minute dance driven provocation about self-entitlement and the cost of the soul in contemporary America and Australia. This exceptional partnership between opera and ballet companies was created over a three-year creative development period in which a distinct collaborative dance/music opera/ballet language, choreographic aesthetic and innovative form of storytelling was developed. This unique project combined the strengths of dancers, singers and a host of creatives to find a new contemporary voice for an age-old story. My creative team comprised conductor Tara Simoncic, choreographer Adam Hougland, designer Trad A Burns, and sound designer Tim Barnes. Project Faust premiered on 2 March 2018 at the Kentucky Center for the Arts, Louisville Kentucky, USA.

2016 was a wonderfully huge year in which, among many other productions…
I completed my Honours in Creative Practice, Theatre and Performance at the University of New South Wales (UNSW). My practice-based research culminated in Project Faust Exposed a performance presentation exposing the creative process and re-interrogating the work of the first creative development (2016) of Project Faust an opera/ballet in development, using segments of video footage, still photography, collected research material, directorial notes, and diary entries.

In 2016 I directed Hansel & Gretel for Opera Australia. Also in 2016 I worked with director Lindy Hume on Handel’s Oratorio Opera Theodora for Pinchgut Opera.

In 2016 I produced epic scale site-specific works for Sydney Festival across Darling Harbour The People’s Tower and The Ephemeral City at Sydney’s newest exciting venue the Cutaway, Barangaroo Reserve with Sydney Festival, alongside creating and directing theatre, opera and cabaret…
As Producer Community & Artist Relations for Sydney Festival I worked with French artist Olivier Grossetête and his team, BOXWARS creators and over 40,000 members of general public, over the month of January, to create The Ephemeral City at the Cutaway, Barangaroo Reserve.

In 2015 it was all about Gin in Mother’s Ruin: A Cabaret About Gin. “Part historical, part hysterical”, complete with Gin tastings, fabulous voices and wonderful stories about women who changed the world. I worked with a fabulous company of cabaret stars Maeve Marsden and Libby Wood AKA Lady Sings it Better from Blackcat Productions, Musical Director Jeremy Brennan and the Ginstress Elly Clough.

Throughout July-November 2015 I directed an ensemble of dramatic arts students in a starkly beautiful collaborative production of Midsummer Night’s Dream at Sydney Theatre School.

In January I worked with James Thierrée & Compagnie du Hanneton on their show Tabac Rouge for Sydney Festival. Following SydFest I facilitated a Practice Lab at Australian Theatre Forum in Sydney.

2014 A huge year in review…
In 2014 I was DIRECTOR IN RESIDENCE, Sasha Waltz & Guests, supported by ArtsNSW, working on a new production of Monteverdi’s ORFEO. It was an extraordinary artistic experience and an immense privilege to work alongside Sasha and the company in Berlin (May-July) at RadialsystemV, with VocalConsort Berlin & Freiburger Barockorchester in Freiburg (August), and all artists in Amsterdam (August-September), for the world première at the Dutch National Opera, conducted by Pablo Heras-Casado. The production opened to critical acclaim and is now touring internationally 2015-16. Review #1. Trailer.

My Sydney Festival Blog– a postcard from Berlin.

In April-May I was back at Sydney Conservatorium of Music directing the fabulously kooky over-the-top opera double bill of Mozart’s THE IMPRESARIO coupled with Menotti’s THE OLD MAID AND THE THIEF.
Entitled Mozart/Menotti Live Radio Opera, the season opened to great applause and ran 17 – 24 May 2014.

Over February-March I was based in Adelaide SA as Associate Artistic Director Patch Theatre Company. It was an incredible time working with Dave Brown and the company, attending APAM, APACA Long Paddock, remounting Mr McGee and the Biting Flea and creating a Community Engagement program.  As Associate Artistic Director Patch Theatre Company this year (2014) I was instrumental in the company gaining Australia Council National Touring Status. aussietheatre.com.au interview