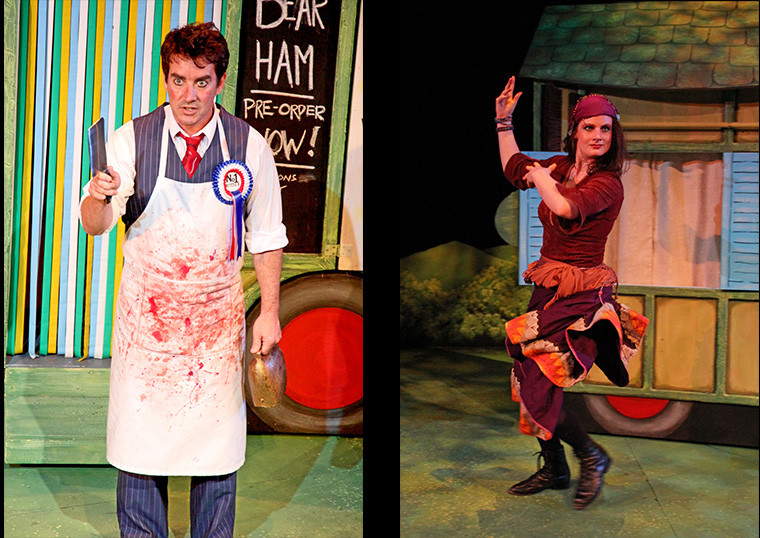 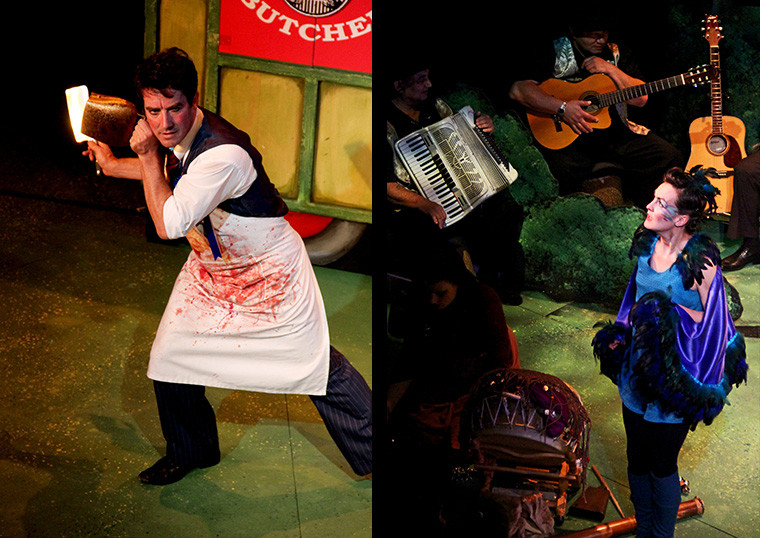 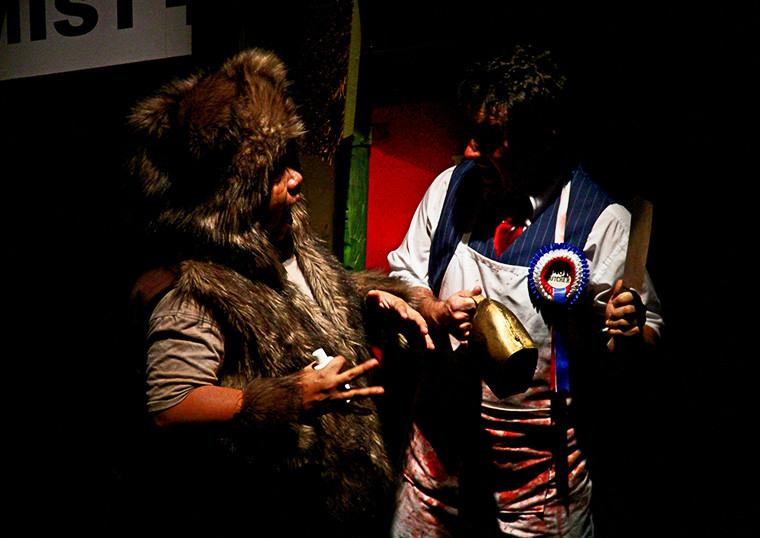 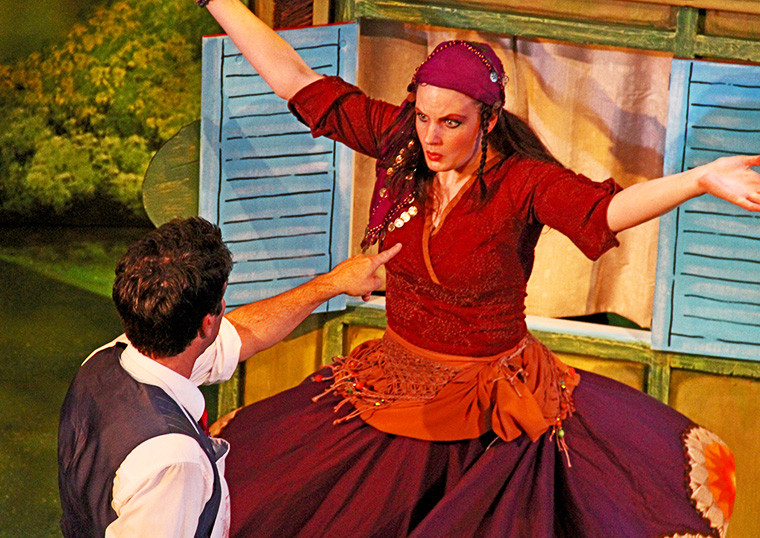 The Butcher & The Bear

a new musical for children by Michelanne Forster & Sally Blackwood

“Folk tales have a universality that cannot be denied. It’s the key to their appeal.”

“The Butcher and the Bear is an ideal holiday outing for the over fives… the performances of Katie Scott as the Gypsy and Jonny Brugh as Butcher …the captivating music of the Miro Gypsy Strings, an assortment of striking costumes, a fun set and an imaginative script and you have 55mins of theatre that will delight the most discerning young audience.”

“It is, when stripped away, the equivalent of Sartre’s Hui Clos in its psychological complexity or Bergman’s The Seventh Seal for kids.” Theatre Review NZ

THE BUTCHER & THE BEAR is a new musical for children. Featuring a live music by Miro’s Gypsy Strings, this is an interactive and entertaining modern folk tale for children and their families.

When Bear’s friend Bird hurts her wing, he must go to the village to find her some medicine. But Bird knows the Village Butcher is just waiting for his chance to get his hands on her friend. Will Bear find the medicine for Bird before the Butcher finds him?  Gather your family and join a brave but bumbling bear, his best friend bird, a wise gypsy, a greedy butcher and a live gypsy band in a show packed with daring rescues, dangerous traps, magic, music and dancing.

“This is one of those productions that has it all. An action packed story written by one of New Zealand’s foremost playwrights, fantastic actors, a set that moves and spins with surprises behind every door, and a live gypsy band! I wish there had been shows like this when I was young” says Bronwyn Bent, producer of Time Out Theatre at THE EDGE, “We are also very excited to have Sally Blackwood directing, she has directed everything from Opera to The Little Mermaid at the Sydney Opera House and it’s a real coup to have her direct the premiere production of what we hope will become a children’s classic”.

”My young friends – aged 9 and 10 and both male – were totally engrossed and when asked on the way home what they’d enjoyed the ten year old replied that it was like Tom and Jerry, with Butcher being like Tom and always getting caught in his own traps, while the nine year old observed that Butcher would be chasing Bear throughout eternity because that’s what happens in stories like this and that Gypsy would always be Gypsy because that’s how people are.” Theatre Review NZ, 11 Oct 2011