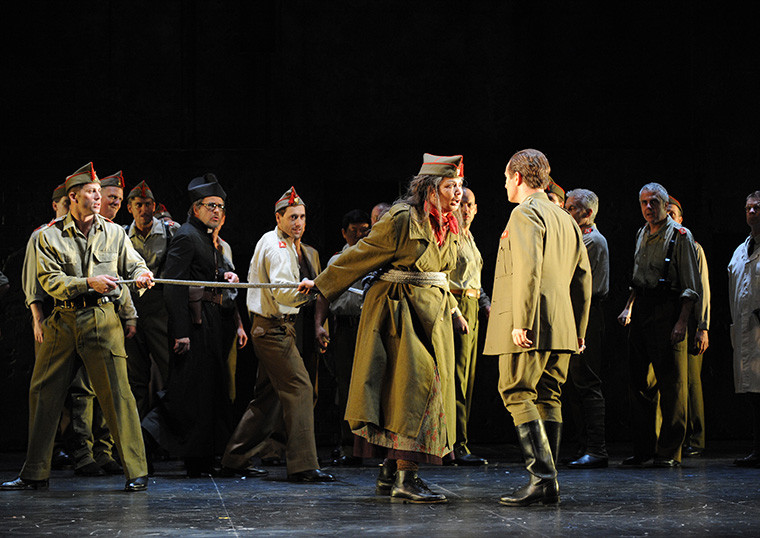 “Elke Neidhardt chose to set her 2007 production for Opera Australia during the more recent Spanish Civil War of 1936-39, a decision that Verdi would probably have applauded. It certainly makes sense of a great deal of the partisan to-ings and fro-ings that frequently impinges on the romantic love triangle at the heart of this drama. And in a world still riven with conflict and civil unrest, Neidhardt’s staging achieves a resonance that feels as depressingly fresh as today’s news footage. The sense of the street fighting and of neighbour against neighbour is vividly conveyed. The Anvil Chorus depicts a harrowing series of revenge killings.” Limelight