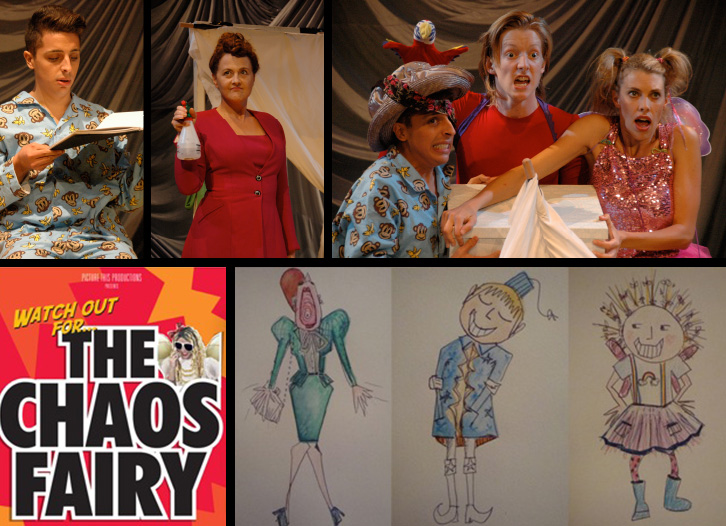 A tale of an imaginary world dreamt up by a little boy.

The Chaos Fairy is a family musical for children aged 4 to 12 years. It tells of a young boy, Aloysius, a talented singer who enlists the help of a chaotic fairy and an eccentric wizard to deal with his problem of freezing up whenever he attempts to perform before an audience. The fairy and the wizard are also useful in helping Aloysius deal with his separated parents, both of whom are interfering and argumentative. Unfortunately, his helpers’ methods are mischievous and initially their brand of assistance just lands Aloysius in a whole heap of trouble. There is method to their madness however, and with simple magic, clowning, hilarious physical comedy, great songs, and much infectious laughter, the riotous antics of these two magical creatures cause Aloysius’s parents to stop their squabbling, look at themselves, become friends, and allow Aloysius to find his own way and his own courage.